Vanished without a trace.

She seems to have disappeared off the face of the earth.

You have already been on one date together (or maybe even more)—perhaps you’ve even slept with each other—and everything seemed fine.

But now she’s replying to neither your messages nor your calls.

‘What the hell is wrong with her?’ you ask yourself as giant self-doubts fill your skull:

Take a deep breath, bro, and read this article before you jump off a cliff like a depressed dove.

Because, here I show you:

What does ghosting mean in dating?

For the first time in world history, renowned newspapers such as the New York Times, the Huffington Post and the Independent are using a dubious term in connection with breakups of celebrated couples:

But what the hell is behind this ‘spooky’ term?

Well, the solution to the riddle is hidden in the word.

‘Culprits’ of ghosting literally turn into apparitions, as if they borrowed Harry Potter’s invisibility cloak.

But what makes a person behave so diabolically towards you?

Whether on television, in the cinema, or on Netflix, you see the same drama in every romantic comedy.

She breaks up with him.

He wants her back.

She doesn’t give a damn about him.

He sends her 300 bouquets in hopes of winning her back.

But she already has another fish on her rod and ignores him as if he’s invisible to her.

She realizes that it has been him all along.

The one, her great, true love…

They elope to L.A. and are married by a fake Elvis.

What a happy ending…

They are simply UNREALISTIC.

How would you feel if a rabid ADHD chimpanzee was in your grill all the f*cking time?

Ironically, 95% of all men act the same way when their chosen one starts to ignore them. They are not aware that they’re only achieving one thing with their moves:

They exude bottomless neediness and disgust their beloved more than Slimer from Ghostbusters.

An attractive woman knows countless ways to separate the wheat (an alpha male) from the chaff (an unattractive people pleaser who has no boundaries and puts the needs of others above his own).

One of her methods is ghosting.

She can also use it to test how well you hold your temper.

Obviously, the last way is the smartest.

Because you sub-communicate two crucial attractive traits with this behavior:

So, calm down. Don’t expect too much from her, and give her space.

The contactless time is also an excellent opportunity to improve your life!

Reason #2: Her emotions toward you have changed

For most men, women can occasionally be more puzzling than a Rubik’s Cube.

For example, when they tell you that ‘everything is fine’ even though it’s obvious that they are seething with rage inside. You date, maybe have hot sex, maybe even end up in a relationship, and then she suddenly breaks off contact with you from one day to the next.

The reason for her asshole move may be that something in her has changed.

Perhaps her feelings toward you have changed, and she no longer thinks that you’re interesting.

Maybe she was attracted to you at the beginning of your dates, but then, after a while, she discovered that you’re not a good match for her.

Rather, she sees something in you that she can’t get anything out of.

Maybe she doesn’t want a relationship right now, while you’re pining for one.

Why doesn’t she just say that to your face?

Because she might not have the guts to do so.

She’s afraid of breaking your heart in a conversation and thinks that she will cause you less pain by just canceling contact with you.

Of course, what she achieves with her ghosting action is, instead, the absolute opposite. “I see, Dan. What can I do in this situation if I feel terrible?”

I know how endlessly shitty it can feel to be abandoned and coldly dumped.

Fortunately, I’ve written an article in which I show you, step-by-step, how to overcome your heartache.

You can find it here.

Good luck with that.

Reason #3: You didn’t seduce her properly

The sun shines stronger than a lit sparkler.

The clear waves of the lake, together with the ducks that swim in them, sing the melody of summer.

Past-Dan is at an electro festival.

Among all the women dressed in sexy hot pants, she stands out.

We keep eye contact and smile at each other.

She, on the other hand, is brave, slightly drunk and comes toward me.

Hanna is her name.

We strike up a conversation and dance together.

At the fireworks, at the end of the electro festival, we start kissing passionately and exchange numbers.

‘Hallelujah!’ I thought to myself, excited by the dates to follow.

Date #3: On the other hand, should never see the light of day.

What was the matter?

After the second date, Hanna decided to never contact me again.

…until the day I discovered that seducing women is a skill that can be learned and improved.

The result of my self-reflection:

My seduction skills were less refined than Pinocchio’s truth-telling skills.

And THIS EXACTLY can also be the reason why your lady breaks off contact with you abruptly.

A beautiful woman will not simply coldly dump a man if he is self-confident and knows how to deal with her.

Brilliant date ideas, being able to read female body psychology and also an excellent Tinder profile—none of these will get you very far if you don’t even know how to seduce a woman properly.

“How the f*ck do I seduce a woman properly anyway, Dan?”

I was hoping you’d ask me that, bro.

How to bust ghosting

I’m going to reveal my top tips to end the torment of women ghosting you after the (first) date.

Are you ready for this? And completely willing to change your love life for the best? Being able to take into your own hands. Because in it are my masterclasses on texting, dating and seduction.

The three pillars to attract girls wildly, so they rather want to be around you forever, than ghost you once.

Have fun with it! 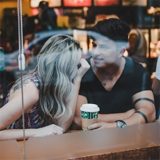 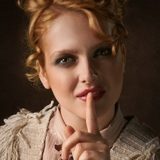 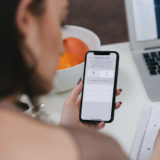 3 Main Reasons She Ignores You (+ How to Fix it TODAY) 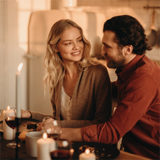 145+ Must Have Date Questions to Vibe Deep into the Night 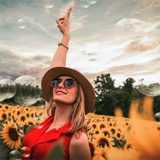