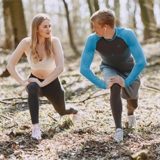 So, you like a woman who can’t forget her ex…

It‘s far from ideal if she still has feelings for her ex.

Call me selfish, but it also bothers me when a woman is only half interested because she’s still attached to someone else.

In this article you will learn how to handle the painful situation you are in. Here is what you get: 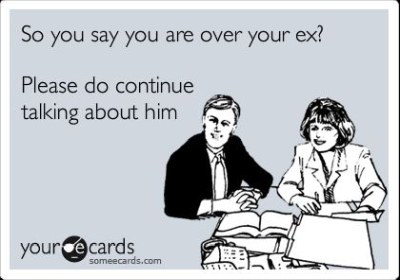 Firstly, let’s figure out what situation you’re in…

She is not over her ex! – 3 Scenarios

Scenario 1: She texts you but doesn’t want to meet because she is still attached to her ex

In this case she is either still too attached to her ex or just not enthusiastic enough about you.

Either way, the process is the same:

Scenario 2: She wants to meet but doesn’t want sex because she has to think about her ex

You wonder if that was my mating call? No, it’s more like this: SCHABALABADINGDONG! (always works!)

But no. That, my friend, was my bullshit alarm. 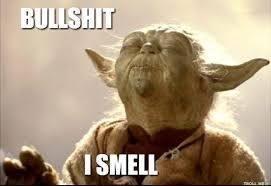 I’d also love it if we could believe everything women say. But that’s not the case.

Don’t worry, they don’t consciously lie to you (ok, sometimes they do …)

They rather don’t know themselves what prevents them from sleeping with you. They also don’t know exactly how they feel about their ex-boyfriend.

If a woman has to think about whether she wants to sleep with you, she is not excited enough.

Ideally, she is so blown away by you… that she doesn’t have to/can’t think about him at all. The sex with you then “just happened.”

Unfortunately, there is also the possibility that she has already gone home with another man (with me, for example) last Saturday, while she tells you that she can’t get involved in anything new yet…

Oopsie doopsie. I’m terribly sorry. Believe me, I didn’t know you were into her.

But she probably also didn’t.

Let her know that you’re not the kind of guy who always has a shoulder to cry on. It’s good that she wants to work through the pain of her past relationship, but unfortunately with you she’s in the wrong place.

Because you are not her friend. You are her next lover.

You can say this literally:

“Hey, I’m sorry about how it went with your ex, but I’m really not the guy to discuss this with you. You should be talking to your friends or your buddies.”

Scenario 3: You’ve had sex, but she doesn’t want to have a relationship with you

In this case something else went wrong. She wants to have sex with you, but for unknown reasons she doesn’t think you’re good enough for a relationship.

Since I don’t sit in a hedge with binoculars watching you on your dates (that’s not how I operate), I can’t tell you what the problem is precisely.

But I don’t have to, because I will simply provide you with 5 tips that can solve all three situations.

She still has feelings for her ex-boyfriend – Now what?

And I wouldn’t disagree.

Two months ago, I gave a client advice on how to deal with a Ms. Hard-to-Get, who keeps giving him mixed signals and is still hung up on her ex.

One of my tips was:

“Encourage her to get back together with her ex.”

Because, paradoxically, the best way to get a yes is often to try to get a no.

I know it sounds crazy, but it has two advantages:

As expected, my client was skeptical at first:

“But Dan, does this really work? Blah-blah-blah.”

And, as was also expected, your ultimate bro was right. At the end of the day he gave the man his peace of mind and dignity back.

“A quick update on the woman I told you about:

She met me, we ate, hung out, etc. She was talking about her ex again and how she’s confused. She doesn’t know what to do, it’s all so complicated, etc.

So I took your advice and said: You should try to get him back. Give him a second chance and see what happens.

I was relaxed and not needy – just like you said.

Afterward, I got a text from her that it was nice with me and that she wants to meet again. I was in her Friendzone but this time intentionally.

By going down this friendly path, she told me some crazy stories like how she cheated on her ex, that he rarely wanted sex, that he was jealous because she likes women too, etc.

I just sat there and listened to it all.

Am I still interested in her? No, after all those stories, I’m no longer attracted to her. I have no problem being friends with her, she’s cool but she’s definitely not a girl you would want to have a relationship with.

I dodged a bullet. And I’ve learned a lesson: neediness makes you put women on a pedestal. It makes you blind. I wanted a woman I didn’t really know and didn’t really like.

It would have probably ruined my life if I had gotten her.

Thanks Bro, for everything!”

You could say he dodged a bullet Matrix-style which is in many ways seduction 101.

Love it, hate it, believe it or don’t believe it… but the best way to get a yes from someone is sometimes to devoutly try to get a no.

Not as a trick, but to get rid of your outcome dependence. That way all the cards are on the table and it leads to honesty on both sides. And that can save you a lot of time and grief.

As for my client, he didn’t lose his manhood. And he even flipped the script:

HE decided how far he would go with her, not her.

Tip #2: She keeps thinking about her ex? Well… why do you care?

Make yourself some coffee and sit down in your favorite chair, because you owe me an explanation.

Did you ever ask her if she…

Then pour the coffee over your head. 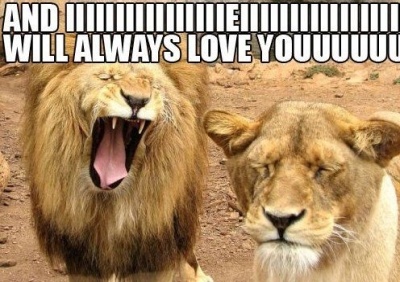 Because of your foolish behavior (forgive my choice of words) you achieve only three things:

To the last point:

I know it doesn’t make much sense, but women don’t want to choose between you and her ex. They want YOU to make the choice.

So pay attention to how you treat each other:

Decide which form of relationship fits these answers and lead her in that direction.

For example, if you have sex but no intimate conversations, then there is no reason to ask the above questions. In that case, it’s simply a friends with benefits situation.

Relax, order a pizza, and have epic sex while some trash movie is playing in the background.

But if you already act like boyfriend and girlfriend, why do you have to ask her?

You already got what you want, so it’s time to enjoy it instead of putting her in an awkward situation with unnecessary questions.

If you’re a “better catch” than her ex, she’ll forget him and prefer to share her bed with you. 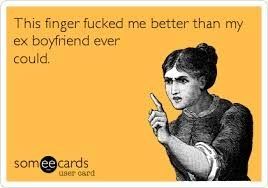 But what exactly constitutes a “good catch” in her eyes?

Well, every woman is different. But that’s where your Sherlock mode comes in.

Does that mean you should spy on her?

No, not at all. The great thing about women is that sometimes they just can’t keep their mouths shut. Sooner or later, she’ll complain about all the things her ex did wrong.

And this, my faithful homey, is where you need to listen carefully.

It’s usually one of these things:

I really hope you don’t do any of those things.

But what should you do instead?

Good question. We’ll settle that in the next tip.

Score where he fucked up.

If he was bad in bed, be the best f*cker the world has ever seen. Bring her to orgasm so intensely that she forgets her own name and no longer knows whether to scream your name or cry tears of joy.

If he was too clingy, show her how important space is to you. Don’t ask stupid questions like, “Who exactly are you meeting? Do I know him?” and go out yourself instead.

If he was a boring slacker, show her that you are a man of action who LIVES life instead of letting it pass by… 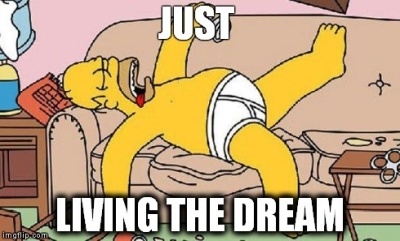 Her logical conclusion will be that you are the exact opposite of everything she found so annoying about her ex.

And then fantastic things happen.

>> 5 Epic ways to surprise a girl you like: This will blow her mind.

Tip #5: Why it’s HER problem that she’s not over her ex

You’re doing her a favor by not making her ex your problem.

The only time his name should come up between you is when she’s screaming in bed:

Of course, this feels good for the ego.

You really shouldn’t care if she’s still in love with him or not. It has no influence on your mood, your goals, your emotions, your lust and so on.

It’s possible that she gets inspired by your carefree attitude and also gives less f***s about her ex.

You don’t care about that either.

Never sell to a no-sayer

It’s the oldest sales “secret” in the world.

And this is a source of confusion because sometimes, through skillful seduction, a “no” can turn into a “yes”.

But even if that is the case, it never has anything to do with trying to convince a woman.

Seduction is not about trying to convince women, and that is not what I teach men. It’s about positioning yourself in front of a woman so that she has the opportunity to find you great/charming/sexy.

Then can decide if it is wise to be still in love with an ex. Since she wants you, she knows the right choice.

Becoming that man changes EVERYTHING, and not only does it stop you from begging a woman…

It can even lead to HER wanting to convince YOU.

Too good to be true?

Well, that’s because most men have no idea how to position themselves this way.

That’s where AttractionGym comes in.

Because I’ve made for you a free Transformation Kit.

Filled with my best advice to get you on the golden path of your life. It often takes people years to figure out what they actually want. Or to find their balls to do it.

For you it is just one click on the button below.

May you do well! 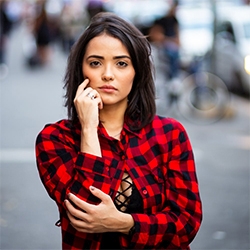 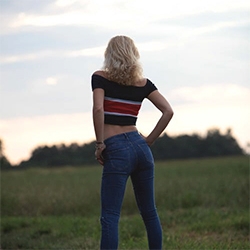 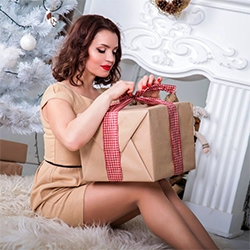 Want To Turn Her On? Try These 9 Dirty Talk Phrases and Tips 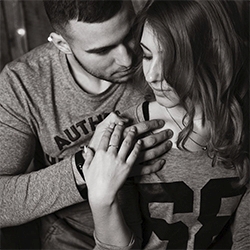 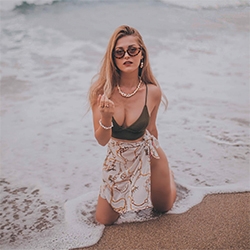