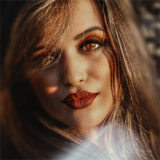 In this article you’ll learn:

Today’s article is dark, immoral, demonic, wicked, diabolical, and any other negative adjective you can think of.

At the very least, a lot of so-called “journalists” will do their best to take it that way.

But anyone with an open mind understands that today you’ll indeed learn an extremely noble art:

How to seduce women.

Well… I can understand that the word “seduce” is a little rough around the edges.

It sounds like you make people do something they don’t want to do. One immediately thinks about hypnosis, witchery, or the songs of the Sirens that almost killed Odysseus and all of his men.

So I can understand if the expression “seduction” bothers you somehow.

But what bothers me is that the world pretends that there’s no process of seduction.

You won’t be able to seduce every woman – that much is certain. But there are some women who don’t give a damn about you until they realize what a competent man you are.

Suddenly, they look at you more closely, and realize that it feels good to flirt with you. And, predictably, they become more interested in you.

>> 11 Subtle ways to Seduce a Woman without being creepy.

She may even start to show you her sexual side (if you know what you’re doing).

If you’re a loyal reader of our blog, you already know what seduction isn’t (it doesn’t hurt to repeat it):

I’m not going to pretend that these things won’t help. But if you don’t (watch out, the bad word is coming…) seduce women properly, you’ll still sit alone in front of your 500-inch flat screen TV, and watch “The Bachelor”.

How the seduction process works and how to avoid the biggest mistakes, you’ll learn now.

Being afraid of beautiful women is a common problem for many men. It’s much more serious, painful and widespread than our society would like to admit.

This is partly because men don’t like to talk about it.

Here’s how most guys react when they see a beautiful woman:

They go into a state of shock. 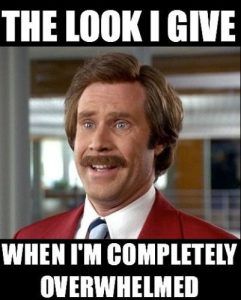 There are evolutionary reasons for this. It sounds crazy, but not moving can actually provide survival benefits.

If you don’t move, your chances of not being attacked by a snake, a bear or any monster increase. So this stress response is deeply rooted in our DNA.

But the thing is:

But I can tell you this as many times as you want, until you haven’t experienced it yourself, you’ll never understand it.

Don’t be that man…

It’s Saturday, and Jerry wants to buy a pair of brown trousers from H&M. On the way there, his innocent eyes see a woman who has this Medusa effect on him:

He likes her so much that he stands there like a statue.

Jerry is overwhelmed. Chaos reigns in his head:

Jerry has experienced this situation too seldom, which is why he simply doesn’t have the necessary competence for it.

>> 12 Kissing Techniques That Will Drive Any Woman Crazy.

If I send someone who has never done martial arts into the ring against Conor McGregor, he’ll also be overwhelmed, and most likely throw in the towel before it even starts.

So my simple, logical and accurate advice to Jerry:

Get yourself into these situations as often as you can in the near future, and your radius of competence will expand.

Ricardo is the other extreme.

I like coaching a man like Jerry because it’s super easy. He’s like an empty vase, and everything I teach him is taken in and implemented by him.

It gets a bit more complicated when I’m dealing with Ricardo.

Ricardo is a full vase.

He thinks he knows how the wheel spins. He assumes that he has understood what seduction is and how women think.

“Once I get a Ferrari, I’ll get all the chickitas!”

As a dating coach, I have to  empty this vase first. Often even smash it completely… and fill a new vase from ground zero.

My tip to Ricardo:

Before hitting on a woman, assume you know nothing. Flirt as if you were doing it for the first time.

This isn’t only a helpful mindset, but actually the truth. Every woman, every situation and every moment is different. You can’t know everything.

Once you realize this, you no longer hold on to your previous successes, but remain perceptive and constantly question your intentions and beliefs.

How to get women: 4 essential flirting tips for guys

Tip #1: Allow yourself to be clumsy 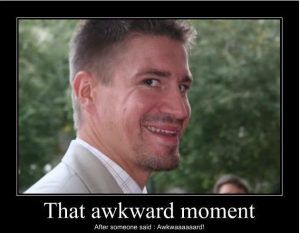 I’ll try to say it gracefully:

How many flawless conversations do you perceive among other people? How many men do you know who seduce women as smoothly as James Bond?

It’s IDIOTIC (I won’t apologize for my extreme choice of words) to expect yourself to do everything right when flirting.

To give you a reality check:

I make mistakes too, and I’ve been a professional dating coach for almost a decade. Some of my conversations are so awkward that your toe nails would curl up.

Then why does it still work?

Because I don’t panic.

I just know that it isn’t only ok, but even HELPFUL to make mistakes.

I’m neither a seduction robot nor do I intend to become one. I want the opposite:

I want to feel human, natural and alive.

And mistakes are part of that.

So assume that it can get a little weird when you hit on a woman. It’s always a little awkward between two strangers, especially between a man and a woman.

If you stay calm and relaxed, the woman will also relax, and allow herself to drop the perfect mask that so many of us like to wear.

>> 22 Examples of How to Keep a Conversation Going With a Girl.

And what happens then?

Tip #2: You don’t need a pickup line (with one exception)

Say goodbye to the idea that you need a pickup line to seduce a woman.

Believe it or don’t believe it, but usually a simple “hi” will do.

I even like that “hi” pickup line, if you can call it one.

“Hey, you’re dealing with a man who doesn’t need to hide behind a pickup line to sweep you off your feet.”

But remember that for years I’ve done virtually nothing else. This means that I know how to show a woman what I want from her through my gestures, facial expressions, looks and energy.

Especially in the beginning, when you don’t know how to use your body when flirting, it can be very helpful to have a few sentences at hand.

I’m not talking about wannabe player lines, but about lines that suit you, and that you even enjoy saying out loud.

My best ones, you can find here for free.

Tip #3: The most fatal flirting mistake

Suddenly, she’s standing in front of you…

What you shouldn’t be doing now is:

Waiting for the perfect moment. 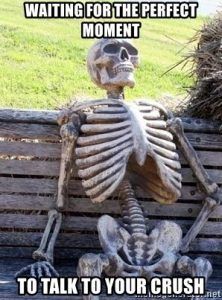 The perfect moment is a lie. It doesn’t exist.

The only thing that happens when you wait half an eternity is that your enthusiasm, your spontaneity and your lust goes down the drain.

What’s left is a filtered, flaccid, mechanical robot version of you.

Take a deep breath, walk straight up to her, and approach her.

But here’s how it works, Watson.

You don’t give your brain a chance to come up with any creative excuse a lá “she’s too busy”, “you don’t feel good enough”, “she has a friend with her” or any other nonsense.

The less you try to plan the conversation with the woman in advance, the more creative, spontaneous and authentic you seem/are when you talk to her.

>> 9 Ways to Flirt with a Female Friend Without Making It Weird.

Women will feel that you weren’t standing on the sideline, watching them and waiting for the right moment.

And you know what happens then?

They appreciate your courage, love your spontaneity and respect your personality.

Don’t wait for the perfect moment. When you see a woman, and feel the internal desire to get to know her, use it as fuel to move your body in her direction.

I often see it in martial arts.

Men like to get fancy and want to learn the most spectacular kicks.

Their guard is crappy and their fighting position is like an upside down pyramid: one small push to the right spot, and they crumble.

And I don’t even need strength for that…

They don’t care about the basics.

You’re a smart one so you’ll take them seriously.

I once made a fatal coaching mistake. The participant took himself way too seriously and thus turned off every woman within a radius of two miles.

I told him not to take himself so seriously and to have fun.

The problem is that he had no idea how to take himself less seriously. And having fun on command isn’t easy either.

So my feedback was not very helpful in this case.

What I then said to him was much more effective:

When you smile, your body language and mood automatically adjust.

Try it yourself. Put on a big grin for three minutes and you’ll find that even if it was originally put on compulsively, you’ll actually feel better afterwards.

Strong eye contact is the most effective way to communicate sexual interest, create tension and connect.

I’ve often asked women after sex what they find most attractive about me.

The most common answer?

Do what you want with that knowledge.

Some men talk too loud and have to learn to speak more quietly.

But these men are as rare as my visits to McDonald’s.

Most men are helped if they’re told to speak up.

This is especially important in a nightclub.

I often see that our participants aren’t understood. The women try their best to like them, but when they have to  ask every two seconds, it’s just annoying.

>> Conversation With a Girl: 5 Tips for Smooth Flirts (+Examples).

Are you possibly afraid that other people might hear what you’re saying? Even better if they do! If the woman sees that you don’t mind other people’s stares, and you just say what’s on your mind, the following is going on in her brain:

“DING DING DING, finally a man who makes his own rules, and doesn’t care what others think of him.”

Jim Carrey’s facial expressions are of course too extreme. But they show what is possible…

Your voice, your face and your volume are flexible tools to give what you say more expression.

When Jerry tells a story, it usually sounds like a speech by the typical politician: monotonous and boring.

It’s okay to be a bit nervous, we’ve said that before.

“How do you flirt?” bonus tip: Focus on your body here and there. Are your shoulders tense all the time? Then relax them consciously. This counteracts your nervousness, and provides a higher degree of relaxation, which of course also transfers to the women.

Get my transformation kit here, 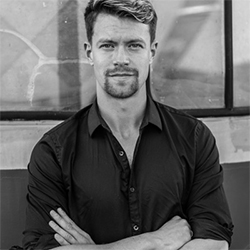 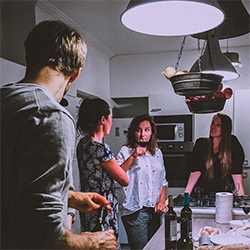 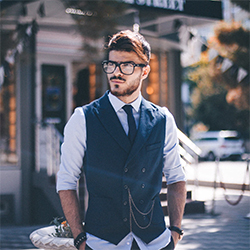 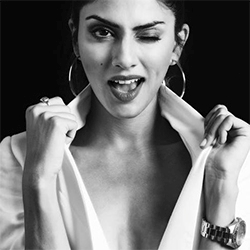 11 Subtle Ways to Seduce a Woman Without Being Creepy 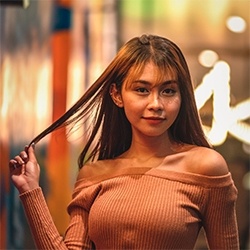