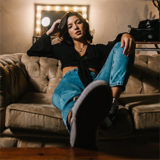 It sounds quite innocent, but there is often a hidden agenda behind every…

It’s a modern way of cryptically suggesting a sex date.

The internet seems to love it. It’s full of memes and sketches about it.

It may sound a bit childish to suggest such a date. But hey, if it works, it works, right?

Does it actually though?

You’re about to find out today:

Or perhaps already 5 or 10 minutes into Netflix and Chill. Not judging though 😉

Masked sex suggestions have probably been around for eons. These researchers have dived deep into history to find out.

Instead of “Hey, Netflix and chill???” your parents might have used the phrase:

“Wouldn’t you like to come in for a cup of coffee? “

Even women make use of disguised sex offers. A female friend of mine once tricked me by saying:

“Hey you know so much about online marketing! I want to start my own business and I thought you could help me out somehow.”

When I got there, I quickly realized she had anything but online marketing in her head…

In my time as a dating coach I have heard several “excuses” from men to take a woman home.

Some were original… but most of them were morally questionable and shabbier than oral sex through a glory hole.

Lying is pathetic and unnecessary.

When you have to make up stories every time you want to seduce women, you will never become the sexually attractive man who can attract women in an authentic way.

Women are not stupid.

They know exactly what you’re up to when you suggest a “movie night”. But they don’t want to feel like a slut when they fool around with you.

And that’s exactly why I think excuses are effective when they are actually true. 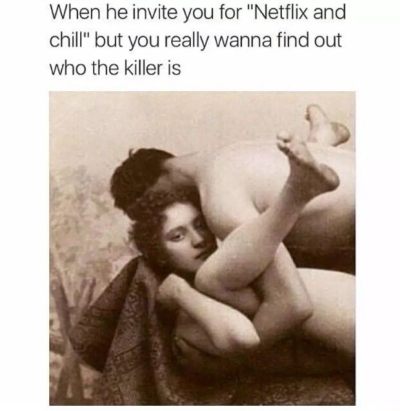 You shouldn’t talk about Netflix and chill date and then lead them into an empty room with just a mattress and a pack of condoms on the floor, instead of a TV or laptop.

But that doesn’t mean you have to say, “Let’s go to my place and have passionate sex!” (Although I say this often and it works like a charm, when you do it with the right tone of voice).

By giving women a logical excuse, you give them the opportunity to go home with you without them feeling shabby and cheap.

The more innocent the excuse is the better. 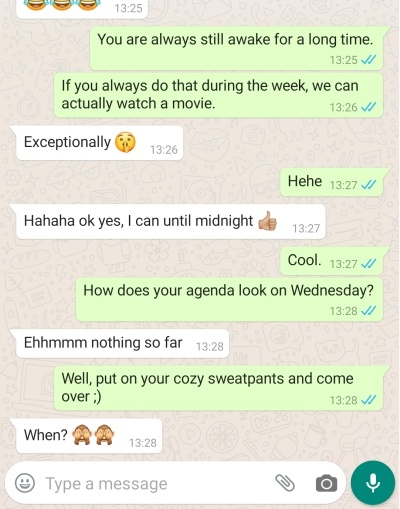 Is N&C part of the good excuses?

Unfortunately, the term has been so over- and misused that it has a negative connotation.

It’s now not only ASSOCIATED with sex, but EQUATED with it.

However, there is one exception, where this excuse can work wonders!

Getting girls over for a fun Netflix and Chill evening comes partially down to sending the right texts.

With my Texting Toolkit, you’ll get my best tips and examples of flirty lines to make women eager to come chill with you on the couch.

Get it for free here.

Making use of pop culture 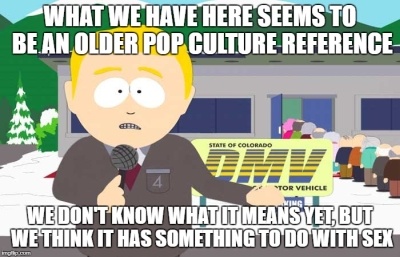 “Netflix and chill” and other trendy sayings are part of pop culture.

Let’s say you and the woman understand and can joke about “pop culture” references. That can lead to a feeling of connection.

I use the newest and freshest memes all the time and only a few people understand my jokes. My ex-girlfriend scored high with me, when I realized we share the same “meme language”.

There are some women out there who are into pop culture and if you are as well, they feel understood.

People always look for common ground and when there is a trendy expression that you both find amusing, a feeling of togetherness arises. You have found a topic that you both can talk and laugh about.

Pop culture references can be an easy way to bring more fun into a conversation.

Of course, if you want to keep the conversation flowing, there are a lot more topics you can talk about.

I recommend you read this article if you want to know more about this:

Now let’s take a closer look at the situations in which this disguised sex proposal is actually useful, you should be aware of the pitfalls…

The risks of the “Netflix and chill” excuse

“Hey, let’s do Netflix and chill at my house!”

If you say or write it like that, it could fail, which means you’re going to chill alone with your teddy bear and a big tissue box.

There are some risks:

So it’s safe to say that you’re not doing anything wrong if you just completely abandon the term “Netflix and chill”. 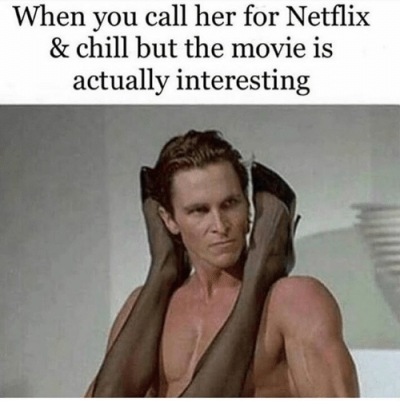 Try out some foolproof Netflix and chill alternatives:

How you correctly suggest “N&C”

How to “Netflix and chill” invite a woman?

Let’s assume you met a delightful mademoiselle in a bar. You’ve been talking for 30 minutes and you’d love to take her home with you.

“The atmosphere is really going downhill right now. Let’s go somewhere else.”
“Like where?”
“I live just around the corner. Let’s make fresh popcorn and then Netflix and chill.”

This can work out perfectly. Provided the situation is just right.

Inappropriate situations where you could fuck it up: 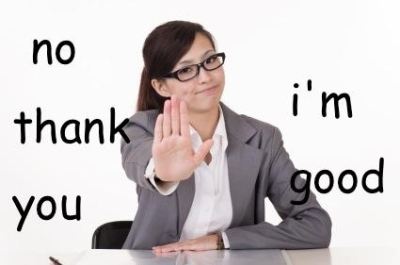 That’s a Netflix and No Chill for you my friend.

This is not a situation you want to be in.

All you can hope for then is that you haven’t completely screwed up with her.

Then the “Netflix and chill” trick can work very well. It’s direct, but not in a perverted way.

You seem funny and brave without saying anything inappropriate like: “Hey, let’s go to my place and f*ck”.

But how can you know if a girl is into you? There’s quite a lot to say about this.

You should read this article to get a deeper understanding:

>> 27 Subtle Flirting Signs from a Woman You MUST Recognize

Netflix and NO chill?

… that is the question.

With pickup lines like this, it is usually best to avoid them.

And if you do want to use them, you should be aware of the risks and the current situation.

If you have fun with a woman, laugh with her, she is clearly interested in you and the sexual tension between you is high, then you are welcome to use “Netflix and chill” – with my permission, but at your own risk.

Imagine it works and you take her home. Well, first: congratulations.

How do you do that? Read this article to find out:

The “Netflix and chill” tutorial: How to guarantee sex

If you think that a woman only has to agree to “Netflix and chill” and everything else will happen by itself, you are wrong.

Many “Netflix and chill” nights literally end with two people hanging out and watching movies together. Almost like two bros…

Most men don’t dare to show their sexuality and prefer to hide their half-boner under the blanket, while they dwell on the best time to make their “move”…

I’ve been through it all myself and I can’t recommend it.

Of course, your #1 priority should be that she feels comfortable.

However, if she feels too comfortable, it may be a sign that you are not creating enough sexual tension.

You are a positive threat. She should feel that she is in danger of having sex with you if she hangs out with you any longer.

This is best achieved by touching.

Many men lie or sit next to her, do not touch her once and wonder if and when they can kiss her… 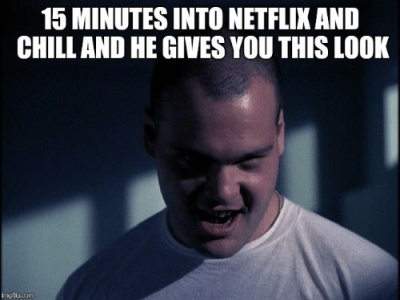 Again, this could be 5 to 10 minutes into Netflix and Chill.

But don’t worry, young padawan. I have THE solution for this as well.

If you create an atmosphere in which a kiss is the next logical step and you’re a great kisser on top of that, nothing stands in the way of sexy times.

To create this moment, I advise you to use my free Transformation Kit.

By the way, if you don’t know what to watch with her: Disney and Pixar movies are always a good choice!

10 Tips – Dress to Impress for Men (Ladies LOVE This) 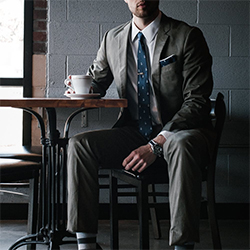 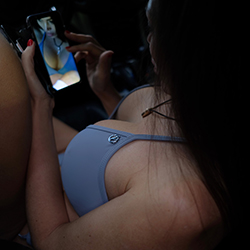 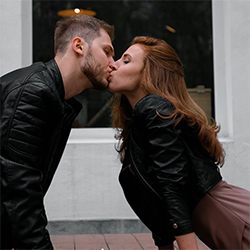 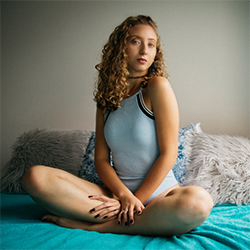 10 Romantic Date Ideas to Make Him/Her Melt For You 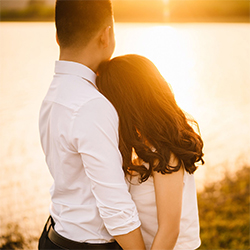