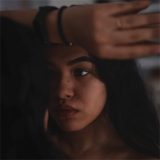 Your chosen one doesn’t want a relationship with you.

‘Why not?’, you ask yourself as giant self-doubts fill your head:

Because in this article, I show you

5 reasons why she doesn’t want a relationship with you

You share the same dry sense of humor, similar passions, and every time you meet, EVERYTHING seems to fit perfectly between you. Ok, I admit it… obnoxious comparison…

It’s a fact that she could be Mrs. Right you’ve been longing for.

You can imagine exactly how you two could take over world domination.

But one crucial thing seems to destroy your visions:

She doesn’t share the same vision. She doesn’t want a relationship with you (yet).

That why I give you now the reasons why she might not want a relationship. And what you can do to change her feeling about you.

“She likes me but doesn’t want a relationship yet…”

You let her know how special she is to you, whereas she barely reciprocates your feelings and seems emotionally closed off/ emotionally unavailable?

She responds to your messages less and less while she says more and more often, that she has ‘no time’ for dates?

Let me introduce you to the all-or-nothing theory.

For most men, it is too complicated to interpret the mixed signals of a woman.

That’s why the wannabe Sherlocks divide women into: Women usually fall into a gray zone between these revolutionary conclusions.

This says the following about you:

Remember that entering a relationship is a decision with serious consequences for her:

Her love life changes fundamentally, and she has to take into account the decisions of someone else.

Even if she thinks you’re incredibly satisfying, charming, and attractive – perhaps even if she’s confessing to you that she loves you – she might be unsure whether you are suitable for a relationship.

If you put too much pressure on her, a guaranteed ‘No, I’d rather stay single’ will blow up in your face.

Even if she rejects you, she still has countless men on her waiting list who are crazy for her and can’t wait to meet her.

So, don’t rush it and take it easy on her instead.

That gives you two advantages:

“I want to take it easy with her, Dan, but if we’re not together, it means she can see other people, and that makes me jealous.”

Jealousy can be a real b!tch!

It forces you to act needy and paranoid towards your lady.

Especially if you don’t know how to deal with it.

Your potential relationship is over faster than Usain Bolt can run a 100-meter-sprint.

To save you from this horrible fate, I wrote you an article:

-> How to recognize and get rid of pathological jealousy. < online soon

“And what makes you so sure that she’ll be more likely to see me as suitable boyfriend material if I take it easy, Dan?”

We people of the 21st century are becoming increasingly impatient.

Whether information or entire orders:

By pressing just a few buttons, we can get almost anything we want.

In a fraction of a second…

The curse here, however, is that our impatience also rubs off on our social interactions.

You want a hot girlfriend? But it doesn’t work that way.

A woman’s emotions take time to develop in your favor.

With one, it takes longer; with the other, it goes faster.

When you show a woman understanding of this, something fantastic happens:

You set yourself apart from all other impatient men and give her the space she needs to develop love for you.

But space is just one variable of the formula for success. If you don’t know how to seduce a woman properly, you can take as much time as you want…

“Sounds reasonable, Dan – but how the hell do I do it?”

This is exactly what I will explain to you later in this article.

So, keep your eyes open.

Reason #2: She doesn’t want to give up her freedom

Imagine your chica is 15 and meets her first ‘great love’ in middle school.

After they have shown each other their Tamagotchis, they come together.

In contrast to the other failed hand-holding-when-nobody-sees relationships, these two stay together until they are 23.

They even went through puberty together.

When she goes out for the first time after their relationship, a new world is revealed to her.

Without coming home and encountering a man who greets her with crocodile tears because he didn’t know where she had gone, she discovers a gigantic treasure:

‘Holy Mother Mary does that feel good’; she thinks to herself as she enjoys the new attention of hundreds of men who are crazy about her. Even if her eight-year relationship was beautiful, she doesn’t want to miss her new feeling so easily.

And then she meets you.

Winning her over immediately in this situation is as hard as hiding a bucket of Ben & Jerry’s from a hungry girlfriend.

The only thing you can do in this situation:

Let her know that her need for freedom is perfectly fine.

Go on a date with her; don’t set any pressure, and when she feels ready for a relationship with you, trust that she’ll come up to you.

Reason #3: She had a bad relationship with her ex

Something seemed to go wrong.

So wrong that she’s fed up with relationships.

Because he was so crude, she doesn’t want to make the same mistake again.

So, what can you do?

Find out what her ex did wrong and be better.

I know this sounds a bit platitudinous.

At the end of the day, you can clearly distinguish yourself from her ex, who, by the way, probably didn’t know this blog.😉

Let me give you some examples:

Reason #4: She suffers from fear of commitment

“I’m not ready for a relationship yet… I’m sorry.”

Perhaps the following surprises and shocks you at the same time:

Women often use this statement as an excuse.

They don’t want to hurt you and see you as an unsuitable partner. How can you tell if she really suffers from fear of commitment?

By answering the following questions:

Reason #5: She’s afraid of you changing in the relationship

‘At the beginning of our relationship, they all were amazing,’ your lady may recall as she thinks back to her ex-boyfriends.

‘But as time passed, all these things were a thing of the past. Even our sex life was running out of steam.’ When your girl has had similar experiences, she fears one thing:

That you’re going to act or become like her ex-boyfriends.

She’s afraid that you will stop seducing her as soon as you take her for granted.

Perhaps her fear is not only present because she had ex-boyfriends who disappointed her.

Her parents may also be to blame for this.

By setting bad examples for her.

Especially if her parents have been behaving this way for decades, her definition of relationship may have changed.

What can you do about it?

Make her feel like it’s never going to happen with you.

By the way, you can find out how you can do this in this article:

-> 10 Tips to Have More Ups + Less Downs in Your Relationship

Adios, ‘I don’t want a relationship.’

Now you know the top 5 reasons why she doesn’t want to have a relationship with you.

I already told you that you could increase your chances of a happy relationship immensely by not putting too much pressure on her.

But patience alone will only achieve this:

Even lottery millionaires, who had their money literally thrown at them, had to buy a ticket and fill it out.

To enter a fulfilling relationship with any hot señorita, you must therefore PROACTIVELY seduce her.

But this wouldn’t be an AttractionGym blog post if I didn’t show you how to do that step-by-step.

Have fun becoming the man she can’t get enough of anymore. 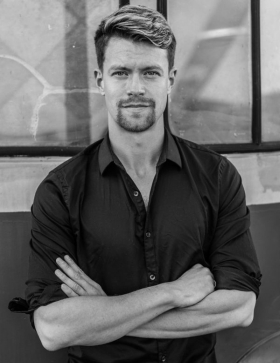