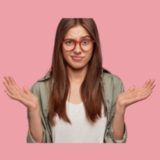 You’re having a fun conversation with a woman.

Either on WhatsApp, Tinder or in real life.

However, after some time she starts to become slow in her replies.

We’re going to solve these mistakes, so the conversation flows.

And she won’t be able to stop liking you.

What you’ll get now:

Tip #1: Your biggest fear in conversations with women

…and how to use this fear to your advantage.

You’re in a conversation with the perfect woman, your children’s future mom, true wife-material. The conversation is exciting.

UNTIL a short silence fills the conversation. You can already feel the tension of rejection building up.

Scared of the silence you ask her a silly question. You know this is only counterproductive, but you can’t refrain yourself from filling the emptiness (later I’ll give you a piece of advice how to handle this silence the right way).

Or you’re more familiar with the situation in which she’s not even done talking, and you’ve already shot the next remark her way.

Because this way she’ll never be your children’s future mom, nor the person you’ll put a ring on.

This all comes down to the following:

You’re not giving her space…

Sure, easier said than done: before you know it, this fear rears its ugly head again.

But the following tips will help you with this.

Tip #2: The biggest downside of learning to pick up women

“Is there a downside?!” I hear you asking.

ONE of astronomical proportions.

You’ll be in contact with a plethora of women. Meaning you’ll exchange tons of phone numbers, resulting at times having a drink with new dates five times a week.

Still, men often forget to do the following.

And this will give you short text message replies. Sometimes you can fix this…

…Other times it’s too late and you’ll have to forget about her.

Many men think the following:

Men stop chatting for some time, because they start to slack, or focus on other women.

After a week they send a message hoping to hook up with her again, expecting that she’ll respond enthusiastically.

Nothing could be less true:

She responds bluntly, her replies will take long or she keeps complete radio silence.

You forgot about ONE crucial matter.

You’ll want to flirt with her continuously. She isn’t just some pizza-on-demand. I’ve gathered a variety of sentences from which I know that they always incite a positive response. ONLINE SOON: Get my free WhatsApp cheat sheet with those 25 sentences here.

So, even though the first interaction was superb, that doesn’t give you the liberty to disappear for a week.

“Well, apparently, he didn’t like me so much after all. Else he would’ve sent me a message already.”

Or that you don’t care about her anymore. Why would she care about you then?

Make sure you keep flirting with her regularly.

For example, use fun conversation topics that stimulate her to respond.

That’s the only way you’ll keep her with you.

Tip #3: What to do when someone ignores your texts

However, I’ve figured out a solution to this. No more frustration for me.

And I’m sharing it here with you.

You’re chatting with multiple women at the same time.

(By the way, this is another tip relating to slow replies in chat messages. The following tips will be about women who’re blunt in real life. Keep reading.)

All conversations are proceeding smoothly.

But the topic in each conversation is different.

You’re able to respond to a bunch of women in a fun and enthusiastic way… in other conversations you’ve lost your inspiration.

You consider sending something personal, but you’re not quite sure what.

You end up sending a stinky turd…

Here’s the solution for you to stop sending individual chat messages to every woman. But to reach everyone at once and keep them fully involved.

Tons of you pictures she can marvel at. Tons of things she can learn about you.

Pictures you can take that will stay online for 24 hours.

You appear on profile with a bright circle around your picture indicating you have new story. She can respond to them if she wants to.

By watching someone’s story you know what that person is up to at that moment.

Imagine being a woman and you just gave your number to a guy.

After a bit of back and forth, he asks you out.

Still, you’re not entirely convinced yet. And the last thing you want is an awkward date where you have to make an excuse to get out.

Now, what if you already had the chance to watch his ‘Gram (or maybe Snapchat or Facebook). Now you have a completely different image of who he is.

And if you play it, she’s addicted to your Instagram stories by now…

This is the modern solution to keep your connection going.

Tip #4: One psychological trick to keep her talking

Enlighten yourself with this quote:

“Once we have made a choice or taken a stand, we will encounter personal and interpersonal pressures to behave consistently with that commitment…

What exactly does this mean? And what does this have to do with when a girl is not responding?

People prefer to stay loyal to choices they’ve made in the past and behave accordingly with that in the present.

And someone can behave differently in each situation.

In each situation you can be a slightly ‘different’ person.

You can use this psychological principle to your advantage to make sure that she doesn’t give you one-word replies. By stimulating the desired behavior.

Does she do something which you consider to be positive?

Appreciate her for it.

She’ll notice that you like the way she behaves, and she’ll unconsciously conform to it.

Start as early as possible, because as soon as you set the tone, it’ll be ‘fixed’ in the system.

Tip #5: What she tells you with short replies

This is something 9 out of 10 men don’t understand.

And it comes down to our lack of interest in texting.

So, what we rather want is to quickly set up the date and forget about all that messaging stuff. We want to go for the kill and plan that date instantly. Why wait right?

However, in this day and age, where there aren’t any hairy mammoths, but smooth ladies… this has the opposite effect.

What she’s trying to convey in this situation is the following:

She wants you to take it easy and back off a little.

So, take it easy, chit chat for a day or two longer and ask her out again, when you notice the vibe is high.

But now that you take it easy, make sure to not fall for the next trap.

The trap of becoming boring.

Make sure you keep the conversation fun, but take it slow.

Take a look here to learn how to keep the conversation going, in real life as well as on Tinder/WhatsApp.

Make sure to use my Boring Conversation Killer Cheat Sheet as well. Here you’ll find various lines which you can use in your conversation with women, and techniques to keep any conversation fun. < online soon

And check out the following video for endless inspiring subject matter…

…while I proceed in explaining you why she can be blunt in the next tip.

Tip #6: She isn’t blunt at all; this is what’s REALLY happening

The conversation’s going back and forth nicely.

You both show a mutual interest and the flirty tension is noticeable.

At some point, however, you ask her a challenging question to get to know her better on which she gives a one-word reply.

Or she replies on text saying:

Say your question was:

Let me tell you the following:

There’s nothing wrong with the question. In fact, it’s a great question to find out what kind of person she is… open-minded, maybe slightly reserved, or a real dare-devil.

The reason this question makes her quiet or respond bluntly is often because of the following.

She doesn’t really know what to respond to get a positive reply from you.

How is she going to know whether you’ll accept that for an answer and not judge her for it?

If you’re aware of the general sentiment surrounding women and their sex adventures, you’ll know she won’t just tell you.

To prevent this, you’ll want to ask your question slightly differently.

This way you give her a push in the right direction and she’ll know you won’t make fun of her if she gives you a bold reply. Next time she gives you a one-word reply…

…help her out a bit, maybe she’s afraid just answering your question.

Many men think women are blunt.

However, research reveals the real cause.

Men are not giving women the time to think about their answers.

They think she’ll not answer after a 3-second silence.

(While she would’ve answered the fifth second)

So men continue on with the conversation. According to this study, men interrupt women 96% of the time. They don’t let women talk and draw their conclusions too early.

She considers this as highly annoying.

And so, she becomes ‘blunt’.

Tip #8: Your last resort she’s not responding to your texts

Is everything said and done?

Is all movement gone?

There’s no slow replies anymore. No, she really isn’t replying at all.

Then this is your last shot:

Do everything in your power to find out where she lives, buy a bouquet of roses, and ring her doorbell!

That’s maybe how it works in movies… These final attempts of expressing your love will only distance her more.

What you want to do is the following:

Pull the plug for a month or two.

Leave everything to cool down.

After this period, you send her some funny picture or message.

One she can very easily reply to.

Or one she has to respond to.

Now you have to wait and see…

There can be a million reasons why she was blunt or stopped talking the first time.

I won’t name them all, but:

This can all change one or two months down the line.

And because you do not give in easily, you might get her on a date this time around.

Tip #9: How to prevent her from giving you one-word replies in the future

You now know what do the next time she gives you slow replies.

Prevention is better than cure.

That’s why I have another tool to prevent you from making other mistakes while flirting with her.

Instead of having to fix everything afterward, download my free Transformation Package. < online soon

Check it out by clicking the button below and filling in your e-mail address.