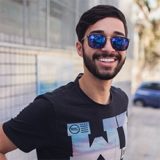 It’s confusing for many men…

The phrase “nice guys finish last” is well known and has already turned into a cliché:

Although this seems to be well-known knowledge, there are still thousands and thousands of guys out there trying to convince women of their worth by being nice.

They think that this is the only way to be loved in the end. Women just have to realize what gentlemen they are, how much respect they have for them, how much they would do for them, yada yada yada.

Maybe you want me to say that it will be worth all those nights of listening to her personal problems.

That’s why in this article I give you:

Are you a Nice Guy?

Here are two reasons why you should stop this behavior TODAY:

The belief that you only get sex when you do a certain number of nice things for a woman is insane. Attraction is not a stamp card like Mustafa’s kebab customer loyalty card. 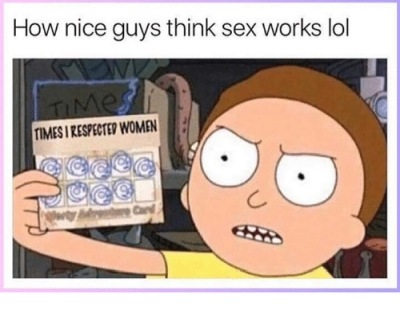 Why do I call it dishonest?

Well, I believe you when you say you mean well. But think about how you act around your best buddies.

You are playful with your bros, teasing them from time to time and being unfiltered in your choice of words.

Why should you act differently around women? They deserve your authentic self and not some polished, cautious and politically correct version of you!

Maybe you think I am being too harsh right now. To that, I can only respond with two things:

My mother taught me that one must always be nice to women, never disagree with them and always treat them with respect.

I constantly ended up in the Friend Zone.

After my heart had been torn out several times, I got fed up at some point. I slowly killed my inner Nice Guy.

This took forever because I didn’t exactly know what was going on.

>> How To Develop The 7 Masculine Traits Women Find Attractive.

Only when you know your inner Nice Guy very well, you can identify him, blindfold him, force him on his knees, and execute him.

Let’s look at typical Nice Guy behaviors, so you can either get control over them or remove them from your system entirely.

Sign #1: He thinks that being nice is something special

“I don’t understand why she’s not into me, I’m so nice to her. Not like all those other men…”
– the average Nice Guy

Oh, so you are nice.

Being nice is nothing special. Almost everyone is nice.

Anybody can do that… Unless you’re some sort of sea creature. In that case, your chances of ending up with a female human being are slim anyway. Sorry, but I never give false hope…

Let me make this perfectly clear:

Niceness is a minimum requirement, not a brilliant, salutary, and heroic quality.

If there is one thing that all Nice Guys have in common, it’s the fact that they do not value their time. 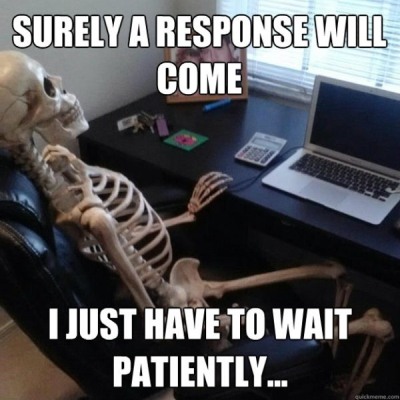 They spend weeks gathering the courage to finally ask a woman from their circle of friends for a date.

Or worse, they chase a woman who is not interested in them FOR MONTHS.

Some let 27 dates pass until they touch her for the first time, others are still waiting patiently for their goddess to finally break up with her asshole boyfriend…

I don’t think I have to explain why these are things you should avoid at all costs.

As every reader of our blog posts knows, waiting is anything but attractive for women.

If like me, you believe that this life (at least in this form) will eventually end, then you should be aware that time is a limited commodity.

For this reason, it is extremely unwise to waste it on women who do not appreciate how much time you invest.

Why would they do that?

Because they would rather wait than take risks.

“Some asshole took advantage of her again… poor thing! If she knew that not all men are like that…”

Have you ever considered that she might have also taken advantage of you?

I’m not saying that’s always the case, but there are usually two sides to the story.

Imagine 21-year-old Dan, who always wanted the best for women. To make a woman feel bad was a mortal sin for him.

I had only recently lost my virginity and was about to sleep with a woman I had met at a festival. It came down to being a one-night-stand.

It was a beautiful night, which I enjoyed very much. But when I said goodbye with a kiss, she suddenly said out of the blue:

“If you leave now, I’ll call all my friends and cry on the phone…” 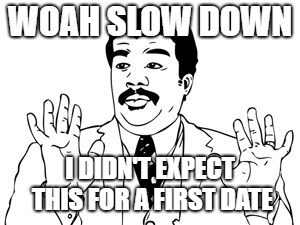 I would certainly have contacted her again, but I recognized the red flag.

“Okay, that’s probably not a girl you should date,” I thought to myself.

I knew that I would only hurt her even more if I stayed. So I took my jacket, threw it over my shoulder, and said, “I gotta go.”

It was damn hard for me because I had never hurt a woman before, but I knew it was the right thing to do.

She kept her word: She actually called her friends and told them what a piece of crap I was.

The result: Her entire circle of friends hates me to this day.

They behave as if I was the biggest asshole walking this planet. Ouch!

“I just didn’t want to hurt her,” I thought to myself. But saying it wouldn’t have changed a thing…

I tried to make things right by apologizing… without success.

Slowly, I understood that it was not my fault at all. She seemed to want to see me as an asshole.

“So, this is what it feels like to be an asshole… I really never thought that it would ever come to this”

– Thoughts of the young, nice Dan.

What happened to that woman? I dunno. But don’t worry, all the Nice Guys in her Friend Zone surely have taken excellent care of her…

Because so many guys think that women are victims of the male world, they lower their own masculine behavior in order to not offend them.

The consequence of this is:

This is the image women have of unattractive, boring nice guys…

What makes them think so?

Nice Guys behave as gentle, friendly and meek as possible. 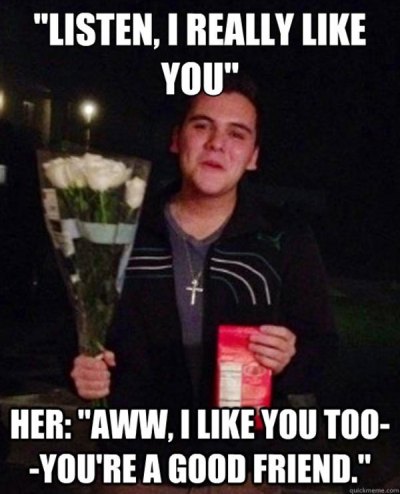 I can understand why they do these things. They want to show her that they have more to offer than just sex… unlike all those bad guys out there who only want one thing.

Yes, they also have friendship to offer! Hello ladies, didn’t you hear me??? They have FRIENDSHIP to offer! Why aren’t your panties wet yet? Strange…

An attractive man cuts through the dispassionate nature of women like a samurai sword. Due to their gentle friendliness, Nice Guys make their blades so soft that they can only be used as butter knives – if at all…

When you spend time with men who are successful with women, you soon realize that they take full responsibility for their lives.

They neither complain about things that they cannot change anyway, nor do they allow themselves to whiny when the universe is not on their side.

Instead, they roll up their sleeves, and tackle the problem single-handedly.

Nice Guys, on the other hand, have a victim mentality.

It’s not them, it’s the unjust world, the women who don’t appreciate their kindness, the flying spaghetti monster or whatever… 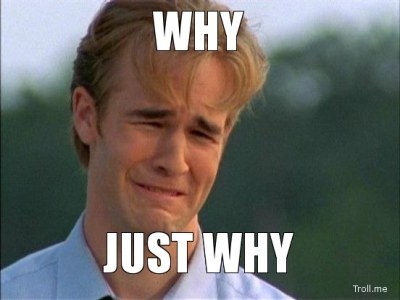 “But Dan, what about the nice guys who have no victim mentality – you know, the ones who really take responsibility for their lives?”

Well, they are not Nice Guys in my book. These are just normal dudes who just haven’t figured out how to unlock their attraction for women yet…

But they soon will, because they are problem solvers, and they do not blame weaknesses on externalities.

>> Conversation With a Girl: 5 Tips for Smooth Flirts (+Examples).

Do you know what the biggest mystery for any Nice Guy is? The fact that women keep falling for bad boys and rejecting the good ones.

Nice Guys just don’t get it. 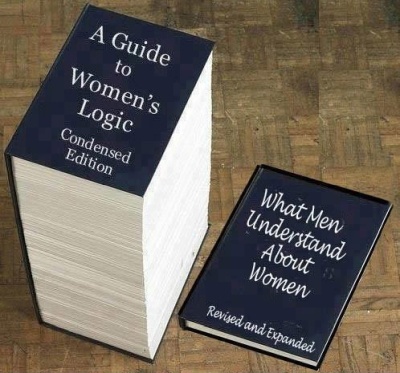 There is a good reason for this, but Nice Guys understand women too little to look at it from a woman’s perspective.

When a woman says, “I hate players,” she doesn’t mean, “I never want to meet another player.”

What she actually means is: “I have a weakness for players, but I’m frustrated because I don’t know how to keep them interested in me…”

Usually, you like this game, but now you have lost for the fifth time in a row and your buddy is teasing you with it. 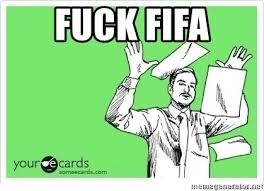 If another buddy comforted you by saying, “Hey, let’s play a less complicated game where I’d never let you lose…” you’d probably give him the middle finger.

“Women don’t like sex that much”, Nice Guys think, while their beloved one gets on her knees and passionately takes my cock in her mouth…

Bro, if you feel the same way, let me break this to you: women love sex! And there’s nothing wrong with that! Nothing at all.

This thought is a symptom of the underlying attitude that sex is something bad.

I used to think that way myself…

“Anna? Nooooo, she would never do that. She’s a good girl…”

Shit, was I wrong… Anna turned out to be very ’sexually active’.

The ‘women are not into sex’ attitude is usually the result of either sexual inexperience or incompetence.

For example, if you are a bad salesman and no one wants to buy your product, you have two options:

Believing the latter is less painful. It’s a defense mechanism.

It is not easy for a man to admit to himself that he is bad with women.

In a world where bros get high-fives when they take a woman home, it hurts your ego immensely when you can’t get it done yourself.

Believe me, I’ve been there.

To someone who is firmly convinced that women are not into sex, you can’t say more than: 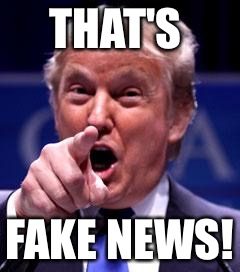 And then you make him read AttractionGym articles until he stops believing this bullshit. As soon as he can make women orgasm with ease, he will kick this misconception into the bin, pour petrol over it, and throw a flaming Zippo inside.

You have read this blog post carefully and recognized yourself in some points?

You always followed the advice of your mom “to always be nice to people”? You’re too kind and want to know “How to stop being so nice without becoming a douche?”

No need to panic.

Turning Nice Guys into BOSSES is one of our specialties.

It will take some time to get rid of these qualities completely, because they are usually deeply rooted. What I’m about to hand over to you, however, will point you in the right direction.

And if you need a coach who will go out with you, analyze your behavior and eradicate your Nice Guy qualities through effective exercises, then you know who to contact.

‘Am I Unattractive?’ + 10 Other Biggest Self-Sabotaging Turnoffs 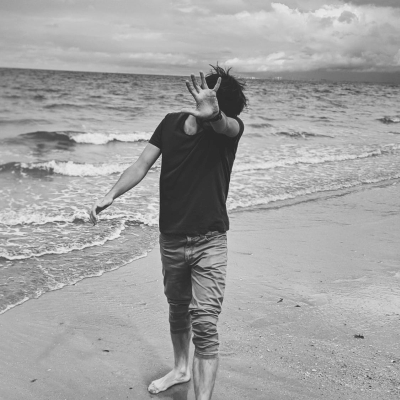 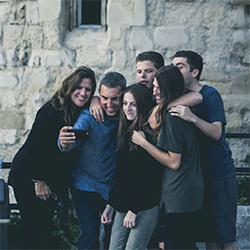 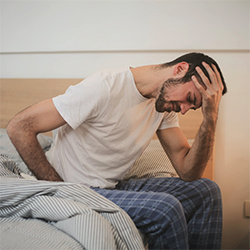 12 Exercises I Used to Become More Confident Around Girls 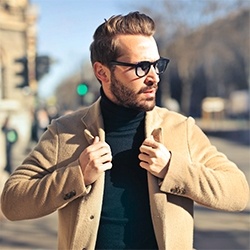 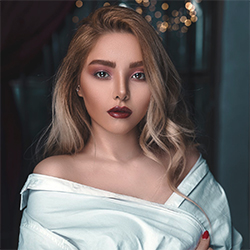